Is office furniture made from coffee grounds the next big thing? 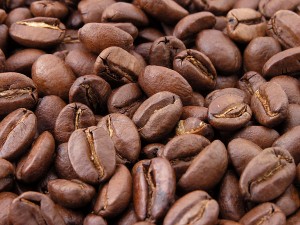 Britain may be traditionally a nation of tea drinkers, but these days we’re having a sustained love affair with coffee, and produce more than 200,000 tonnes of used coffee grounds in London alone. While some of that is used for composting, much of it goes to waste. Now designer and recycling expert Adam Fairweather is addressing some of that coffee mountain by developing materials from the used grounds and using them to produce jewellery, furniture, and even – in a pleasingly circular way – coffee machines. The materials use up to 60 per cent recycled coffee grounds.

Adam set up Re-Worked, a not for profit industrial design and product manufacturing company, to get creative about recycling. This isn’t his first foray into re-using coffee grounds, as he helped to develop the Greencup project, providing UK offices with Fairtrade coffee then turning their used grounds into fertiliser. Now some of those same grounds are being diverted into the new project.

As the scheme is being run on a very small scale, it’s not current financially self-supporting and relies on government grants. Adam hopes to scale up and make his products on a more commercial level, as long as he’s able to stay true to his original ideals. He wants to continue to use the coffee grounds sourced by the Greencup scheme, rather than opening it up to using grounds from other suppliers. He likes the idea of a circular business model where the furniture is sold to companies in the Greencup scheme.

“I’m not a marketer I’m more of an inventor,” says Adam. “I like to invent the stuff. I like to work problems out.”

To view our range of coffee beans and coffee accessories, take a look at our main Rijo42 website.