The History of Coffee

The origin of coffee… 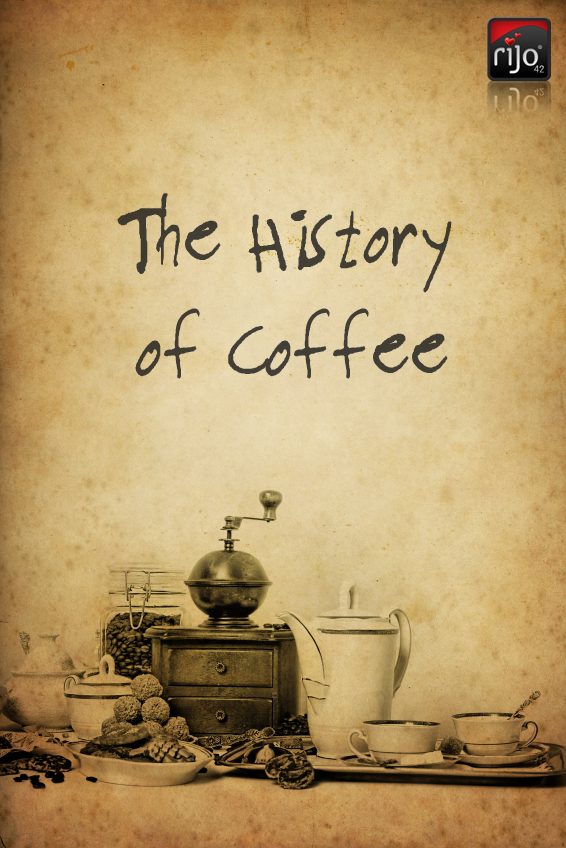 Legend has it that a goat herder named Kaldi originally discovered coffee after noticing his herd of goats were acting hyperactively after eating a certain shrub. Kaldi decided to pick some of the shrub’s berries for himself; he instantly caught the buzz and the future of coffee was secured.

Coffee was originally consumed as a food, not a drink. Coffee cherries were mixed with animal fat by Early African tribes to create energy balls; the worlds first energy bar I suppose you could say. It was on the Arabian Peninsula around 1000 AD where coffee was first turned into a hot drink. Muslims were drinking coffee frequently by the 13th century.

Coffee spread with Islam however Arabs closely guarded their coffee trees with no fertile seeds being found outside Arabia until the 1600’s. Africa was the exception to this as coffee already grew there naturally. An Indian smuggler, legend states, named Bada Budan reportedly left Mecca with fertile coffee plant seeds strapped to his chest, shortly after which coffee plants began growing in India.

Following trips to places such as Turkey, European traders returned with news of a new stimulating black beverage. The Dutch founded the first coffee estate of Europe on the island of Java in 1616.

In 1727, coffee made the journey across the Atlantic Ocean. Legend has it that the emperor of Brazil hired a spy to smuggle coffee seeds back into the country. Lt. Col. Palheta went to French Guiana and charmed the governor’s wife, leaving with a farewell bouquet of flowers harbouring numerous coffee seedlings, which were returned to the emperor of Brazil. Brazil is now the biggest coffee producer in the world responsible for around 40% of total output.

rijo42 gourmet coffee beans are hand picked from the world’s top coffee producing countries including Brazil, Mexico, Guatemala, Ethiopia, Nicaragua and India. Coffee grows best in these countries as they sit in an area known as the bean belt – a band around the Earth close to the Equator between the Tropic of Capricorn and the Tropic of Cancer. The climate, altitude at which coffee beans are grown and the quality of the soil are all aspects that affect the resulting flavour of the coffee.

Our new organic Tunki is a single origin, 100% Arabica coffee from the Peruvian Andes, oh and it’s also a world champion.